A massive asteroid is wearing a face mask 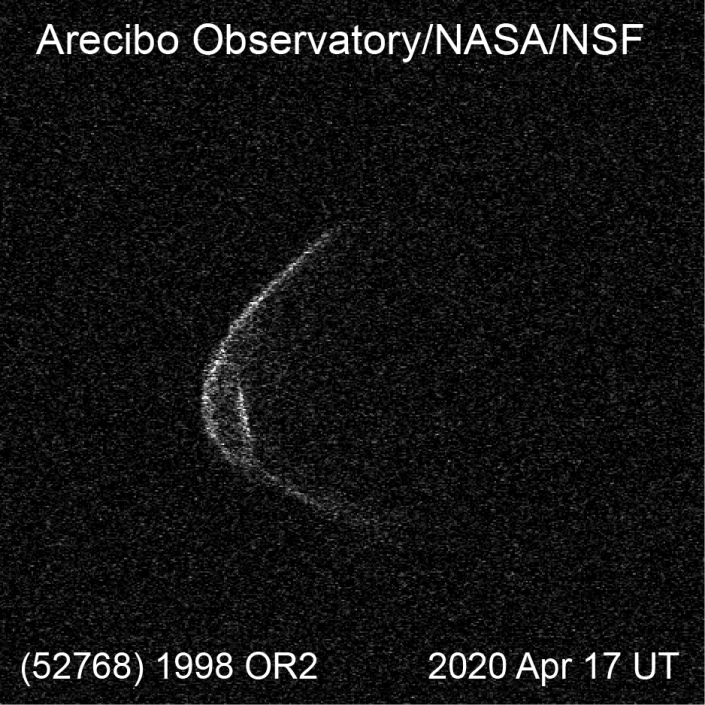 An asteroid is hurtling close to the Earth, and with it, a startling reminder of the ongoing coronavirus pandemic.

The space rock, known as 1998 OR2, will be nearly 4 million miles away from Earth next Wednesday at around 5:59 a.m. ET — classifying it as a "potentially hazardous" asteroid despite the impossibility of it posing a threat to Earth any time soon.

A newly-captured image by Arecibo Observatory brings its own surprise. As the asteroid inches closer to our planet, it looks as if it's wearing its own mask, and may very well be conducting its own social distancing practices.

“The small-scale topographic features such as hills and ridges on one end of asteroid 1998 OR2 are fascinating scientifically,” said Anne Virkki, the head of planetary radar at Arecibo Observatory in a statement. “But since we are all thinking about COVID-19 these features make it look like 1998 OR2 remembered to wear a mask.”

It's classified as a "potentially hazardous" asteroid because it is over 500 feet in diameter and closer than 4,650,000 miles to Earth.


“Although this asteroid is not projected to impact Earth, it is important to understand the characteristics of these types of objects to improve impact-risk mitigation technologies,” she added.

At around 1 mile in diameter, according to NASA, it's been traveling at nearly 20,000 miles per hour since its discovery in 1998. Though it may not come anywhere near Earth in the coming weeks, Flaviane Venditti, a researcher at the observatory, said in a statement that in 2079, it "will pass Earth about 3.5 times closer than it will this year."